Most modern bumpers on cars are made of poly propylene or plastic resin and are injection moulded into shape. This shape is quite often deformed by low impact damage caused by parking errors either by the vehicle owner or another driver misjudging parking distances. In many cases the flexibility of the material and modern paint and lacquer means the damage may look extreme and unrepairable but in fact it can be brought back to how it was.

If the paint is cracked or the plastic is stressed too much around the edges (which may look like a white line ) the bumper can still be saved but may need re painting.

For pushed - in -bumpers to be repaired, access needs to be gained to the inside.

Front bumpers can have things preventing full access such as windscreen washer bottles which can fill the entire inner wing area. Rear bumpers tend to be more open and having less detail than front bumpers can be easier to repair. Bumper repair largely involves heating and cooling of the plastic to re-form the shape.

How To Get A Bumper Dent Removal Quote 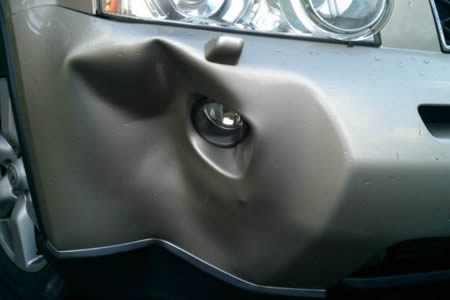 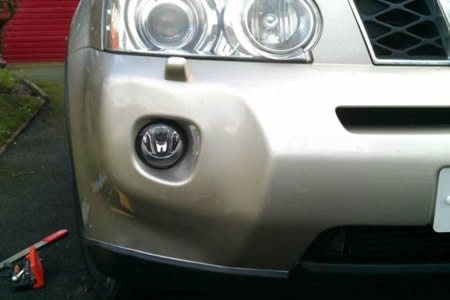 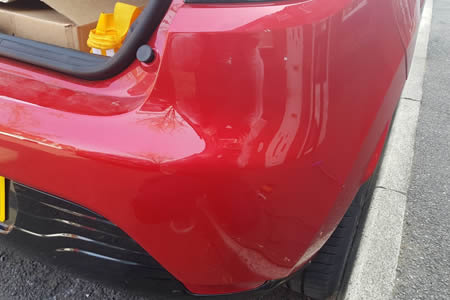