Dents which occur from debris being thrown at the bonnet off the road by other vehicles may also leave a chip in the paint. This is secondary to the dent and would need to be touched in after the dent man has removed the dent damage. Any kind of collision damage is more likely to be on the front edge which is stiffened with box section bracing. And the type of damage caused is more likely to damage the paint and be a body shop repair or even a new panel.

Removing dents from bonnets can either be very straight forward or very difficult depending on where the dent occurs. Most dents can be removed successfully by the professional dent man.

Looking from underneath the bonnet you will see open areas and also a cross section of bracing beams which are there purely to give the light weight panel some support to both stop the panel caving in or twisting.

The dent man or dent master uses various special PDR tools which can gain access to most of the areas a dent may occur, but the leading edge of the bonnet may only be repairable by glue pulling due to limited access.

How To Get A Bonnet Dent Removal Quote 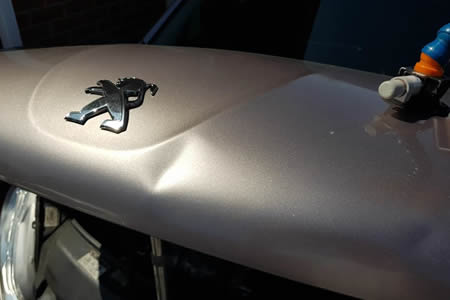 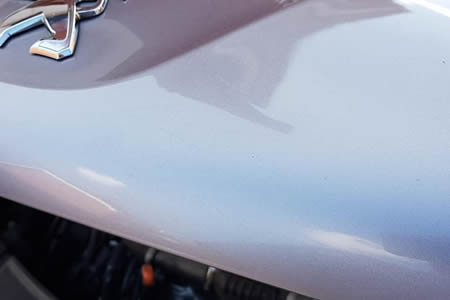 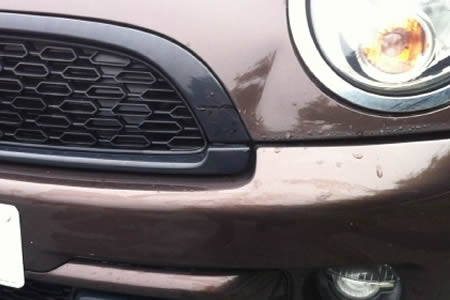 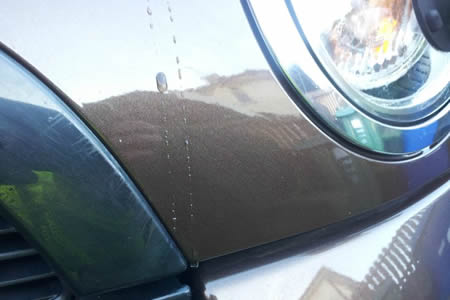 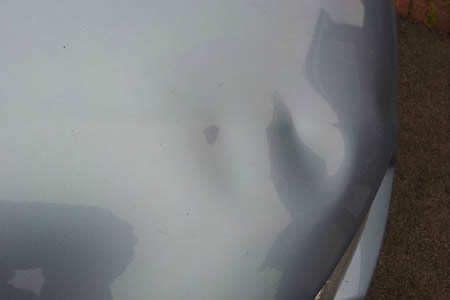 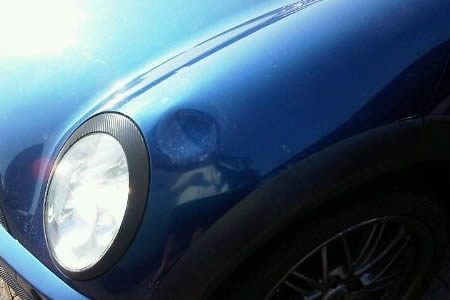 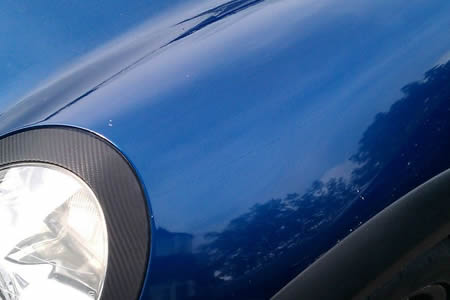